Our tour agent was LetsGoKrabi.Com . It was recommended by a dear friend who went to Krabi last year and booked his tour package from this company. He said the packages offered were of a reasonable price and the lady manning the front desk, who calls herself Min definitely gave us a good price. We didnt book through the website. We went to the shop in person so we could haggle more, in a friendly manner that is. 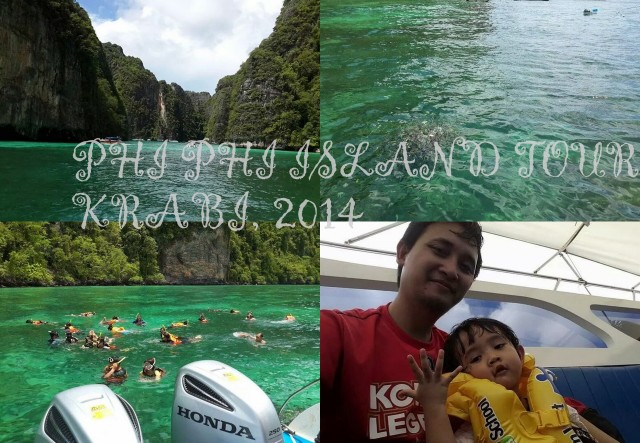 Being a fat muslimah and all (haha..) I purchased a burkini online. I wanted to look picture perfect during snorkeling and all those sandy beach activities. On top of complying with the shariah and all. I also packed a tab of antiemetics in anticipation of being sea sick on board.

I was a first time snorkler (gosh.. is that even a word) and I kept reminding myself to breath from the mouth. And not to panic! 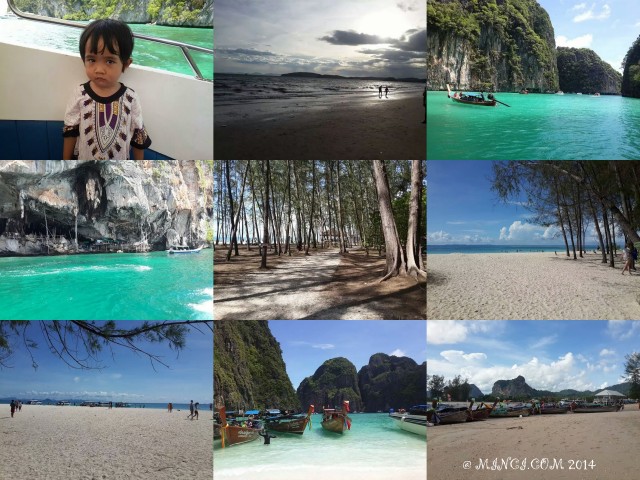 This tour took up nearly a day already starting from 9am till 4PM. Just enough time to get a shut eye back in the hotel for a while before going out again for dinner. Thankfully there were free flow drinking water and pepsi to quench the thirst on the boat. My little boy had no complaints and he gulped on the Pepsi like a pepsi-holic!

This package included the :

We opt out the ATV, kayakking & Elephant Trekking. It was just not baby friendly although the brochure had pictures of kids sitting in between the parents riding on the elephants.

And boy were we tracking. Mr Husband had an additional 12kg to carry a.k.a. the grumpy toddler. Its almost we were bringing Emily Rose to Krabi. It was hard to get baby to smile. Probably exhausted from the trip. He refused to walk. he refused to get in the stroller. He refused kisses and hugs. He refused everything except food.

We spent 2 hours at the temple. I supposed it was meant to give time to those who wished to get to the peak. We obviously didn’t. Instead, we visit the temple, had ice cream and drinks and just waited blissfully for the van to pick us up. 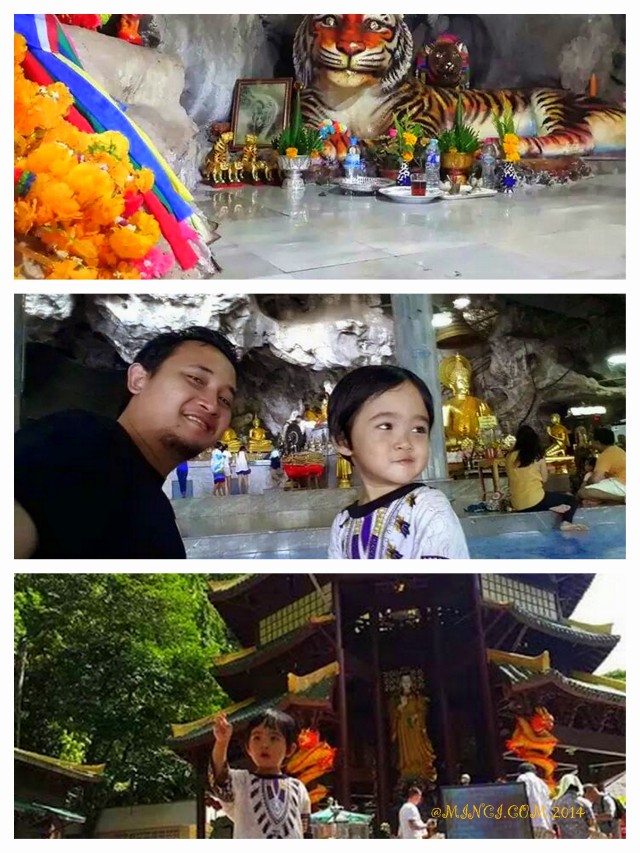 Next stop was the Hotspring Waterfall. We wanted to jump in but baby said NO and was to just put our feet in the hot water. He adamantly said the water was dirty. Darn. 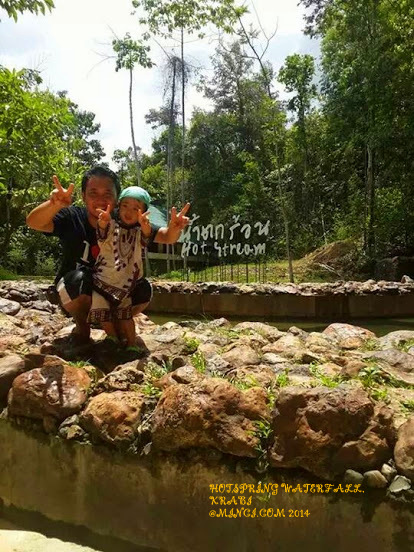 The best part was the visit to the Emerald Pool. Who would think that such a beautiful place would exists!! By this time, Baby was in a better mood hence participated more in the activities. Mr Husband still had to carry him for a freaking 800M before we finally reached the pool. 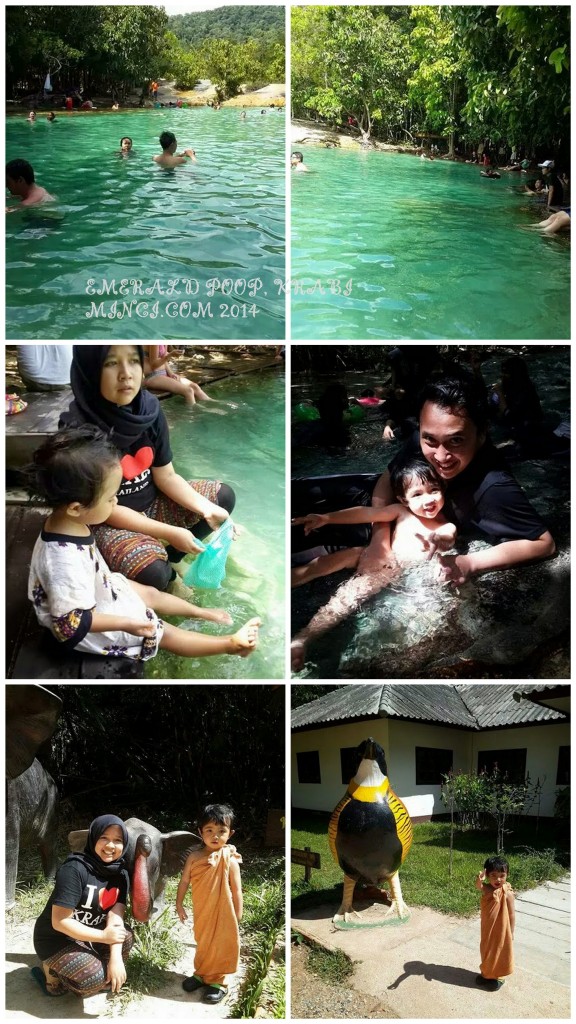 All in all, it was a day well spent. Worth every dime.